What is TB disease and how to prevent it? 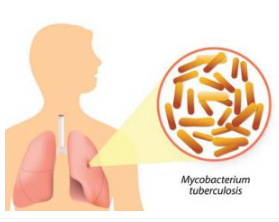 Indonesia is the country with the second largest TUBERCULOSIS sufferers in the world. Such as revealed by Health Minister Nila Moeloek Djuwita f. in dialogue together with the Director of the Hospital of se-South Kalimantan at the Ulin General Hospital Region Banjarmasin in May. He revealed that the number of tuberculosis sufferers in Indonesia was ranked the second most after India. The high number of tuberculosis sufferers this need to get noticed the entire parties concerned. This disease is very easily transmitted, especially in residential areas have a high population density.

TB patients when there is a sign in the hospital, it's likely the whole family in one House will be exposed to the same disease. Sufferers of tuberculosis will also have difficulty if wishing to work or study abroad. Many migrant workers residing in Indonesia overseas had to be discharged because the contracted tuberculosis. Likewise with students who want to continue their schooling abroad, their departure had to be delayed if the results of the medical check-up of their positive indicates that they suffer from this disease.

Get To Know Back Tb Disease
Currently, tuberculosis is included in the top 10 of most disease causing death in the world. The community actually have heard of this disease, but many also have yet to know in greater depth, related to the transmission and complications when the disease is not immediately addressed. Tuberculosis itself is often abbreviated as TB or TB, an infectious disease caused by Mycobacterium tuberculosis. Generally, the disease attacks the lungs, but does not cover the possibility of other parts of the body can also be stricken.

If we are healthy and have a good body defense system, when we are exposed to the bacteria Mycobacterium tuberculosis the body's natural defense system then we will fight and kill bacteria, so that we do not contract the disease tuberculosis. This is the importance of maintaining the durability of the body to stay healthy.

But sometimes our body's defense system not functioning optimally and failed to kill the bacteria that causes tuberculosis (there is also a vulnerable population groups because they have weaker immune systems; i.e., people with HIV/AIDS, the elderly, toddlers, and those who are undergoing chemo), so these bacteria spread in our body. It could be that we are not revealing any signs and symptoms, but these bacteria will remain in our body. This condition is called latent TUBERCULOSIS. People who are in this condition do not transmit tuberculosis to others.

When our body's defense system once again failed to cope with the infection, the bacterium Mycobacterium tuberculosis which had ' lived ' in the body will move into the lungs or other parts of the body and will cause the signs and symptoms in a time span a few weeks or a few months. Signs and symptoms of tuberculosis which is a typical cough that lasted more than three weeks (and usually accompanied by phlegm), weight loss, a lot of night sweats, fever, tired, lost appetite, and swelling around the neck. This condition is called active TB.

How Seriously This Tb Disease?
Tuberculosis can cause some complications and even death. As it has been presented in the previous points, the bacterium causes tuberculosis can stay in the blood stream and invade other organs. This happens especially in the case of active tuberculosis who did not get a good handling. When attacking bones and joints, then the person will feel pain and stiffness in the spine. Joints that stricken usually pelvic joints and knees.

When TB-causing bacteria attacks the lining of the brain, brain membranes membranes can experience swelling we know familiar with the term meningitis. The sufferer usually feel the pain of the head who settled or lost arise which lasted for several weeks. Liver and kidney was not spared from the attacks of the disease. Liver and kidney in charge of filtering out the remnants of the metabolism of the blood flow, resulting in infected tuberculosis both organs will not be able to start its work properly.
In fact, tuberculosis can invade the heart. The network that now envelops the heart will experience swelling and holds plenty of fluids. As a consequence, the task of the heart pumps blood throughout the body can be disturbed. This condition is called cardiac tamponade, which can be fatal. Worldwide, nearly 2.5 billion people (or one-third of the total number of the world's population) are infected with TB, with 9.6 million of them are in a condition of active tuberculosis.

What prevention efforts we can do?
Administering BCG vaccine in infants is the initial step in prevention of disease tuberculosis. In Indonesia, the BCG vaccine is generally given before the baby was 3 months. The vaccine is made from the bacteria Mycobacterium bovine (most similar to tuberculosis-causing bacteria) that have been weakened, so it will not cause the recipient of the vaccine became sick. By administering this vaccine, the immune system will be activated so that it can generate cells that are able to protect the recipients of the vaccine from bacteria tuberculosis.

A person with active TB should undergo treatment by consuming certain types of antibiotics in a specific time period, as prescribed by the doctor. He had to undergo treatment until finished and should not be interrupted. Anti tuberculosis are not taken regularly can cause bacterial resistance tuberculosis drugs, so it will be more difficult to treat it later in the day. In addition to treatment, people with active tuberculosis can also conduct prevention efforts in order not to spread the disease to others.

First, he has to stay at home during the first two weeks of the treatment process. Avoid going to work, attend school, or sleeping one room with others in that time period. Second, cover mouth and nose with a tissue when coughing or sneezing, and then immediately dispose of the tissue into the trash-covered and then wash your hands with SOAP and running water. If there are no paper towels, use the inside of the upper arm to cover Your mouth and nose when coughing or sneezing.

Third, wearing a mask, especially in the first two months of the period of treatment and when interacting with groups of populations that are vulnerable. Finally, set the home environment in order to have good ventilation. TB-causing bacteria would spread easily in small spaces that are closed, in which air cannot move freely. If the temperatures are not too cold outside, open the doors and Windows and use a fan to push air from the inside out.

Maybe twenty years ago when the dissemination of information was not semasif now, sufferers of tuberculosis tend to be obscured by the surrounding people due to ignorance are going the way of transmission and treatment. But now, by applying measures the detection, treatment and prevention, transmission of TB can be prevented and the risk of its complications can be minimized.

What is TB disease and how to prevent it?
4/ 5
Oleh herawatisan
herawatisan Juli 27, 2018 Komentar